The appendix is a tube shape organ that arises from the caecum of the large intestine. Surgical removal of the appendix is a common procedure and its absence does not have any adverse effects.

The classical symptoms of appendicitis are vague central abdominal pain that becomes more severe and shifts to the right lower abdomen, loss of appetite, nausea and vomiting. These symptoms are not always present. Symptoms and examination findings may vary depending on the position of the appendix.

The diagnosis of appendicitis is often made on the symptoms and examination findings. Blood tests are a useful aid in diagnosis. Urine tests, a pregnancy test and imaging such as an ultrasound or CT scan may also be used to exclude other conditions and support the clinical diagnosis. A ‘diagnostic laparoscopy’, or ‘keyhole surgery’, may be recommended if it is unclear whether the findings are due to appendicitis or another condition.

Surgical removal of the appendix is the standard treatment for appendicitis. This is usually performed laparoscopically, using a thin telescope attached to a light source and video camera (laparoscope) inserted through a small incision near the belly button, and other instruments inserted via several other small incisions in the lower abdomen. Occasionally the appendix cannot be removed by this method and it is necessary to make a larger incision to remove the appendix (the open technique). 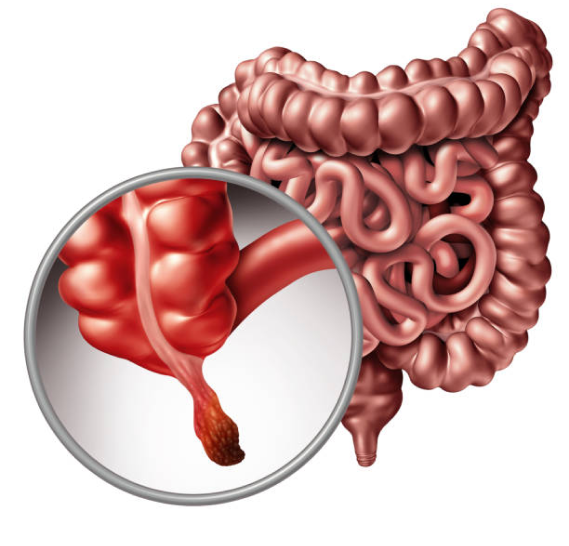